WHERE ARE THE MISSING BULLET HOLES IN YOUR BUSINESS? -IT’S WHAT YOU DON’T SEE THAT MATTERS

The Statistical Research Group was a unit of the US military in the second world war that employed statisticians to solve military challenges. One problem was how to better protect airplanes from being shot down.

Here is the scenario: You don’t want your planes to get shot down by enemy fighters, so you armour them. But armour makes the plane heavier, and heavier planes are less manoeuvrable and use more fuel.

You do some research. When planes came back from engagements over Europe, they were covered in bullet holes. But the damage wasn’t uniformly distributed across the aircraft. There were more bullet holes in the fuselage, not so many in the engines.

The solution is obvious; you can get the same protection with less armour if you concentrate the armour on the places with the greatest need i.e. where the planes are getting hit the most -where there is the greatest number of bullet holes.

Does that make sense so far?

The obvious “solution” did not only not solve the real issue, but made the problem worse (heavier, less manoeuvrable planes).

So how is this relevant to your business?

Let me give an example from an organisation of which I am Chair. SILC supports people with disabilities. We pride ourselves on enabling the people we support to live as ordinary a life as possible. If someone wants to have a coffee out at a café for example, we will happily support them to get to their favourite café.

But then we asked the question: Where are the missing bullet holes?

Embarrassingly it turned out we had never asked how the person came to have a FAVOURITE café given we always went to the same one. And even if they did have a favourite café, we didn’t routinely check that this is where they wanted to go on this occasion. Most people try a few cafes before settling on a favourite and most people will randomly decide to go to a different café on a whim from time to time. Why were we not giving this option to the people we support?

A client of mine runs a fitness business. He is careful to ask his customers what time of day suits them best for various classes. My question: where are the missing bullet holes? In other words what time suits the people who are NOT coming to his classes?

A Business/Social Club, like other hospitality venues is facing pressure on its revenue due to Covid restrictions. It competes with coffee shops and restaurants in the next street. To belong costs $450 a year and in the past members accessed a gym, meeting rooms and an exclusive place for dinner. To address the revenue pressure the Committee has decided to charge members to use the meeting rooms, and hours have been reduced limiting availability of evening meals. What does the $450 buy that is different from the coffee shop or restaurant 50 m away?

The “solution” has caused the Club to be like the armoured plane: heavier and less efficient. What would the Club Committee have discovered if they had asked the customers who were NOT coming back?

Where are the missing bullet holes in your business?

Do you survey people who never deal with you?

What products could you sell if only you stocked them?

What assumptions are you making about your customer base?

Is New Zealand a “Trading Nation”?

With the Prime Ministerial trip to Singapore and Japan we heard the common refrain that these trips are important because New Zealand is a Trading Nation which relies on world trade for our First World Status.

How do we compare with other countries?

How has this myth come to be?

Traditionally a significant part of New Zealand’s GDP is attributable to the tradable sector. As the graphs below show this has been falling since the turn of the century. Where once a third of our economy was based on imports or exports, we are now down to a little more than one fifth.

The pandemic has simply magnified a long-term trend.

Does this matter? After all the USA has an even smaller portion of its GDP in external trade. As a rule it is dangerous to rely on just one metric to make a case. So here is another which I will leave with the reader.

Makes you wonder who was suffering from the pandemic! 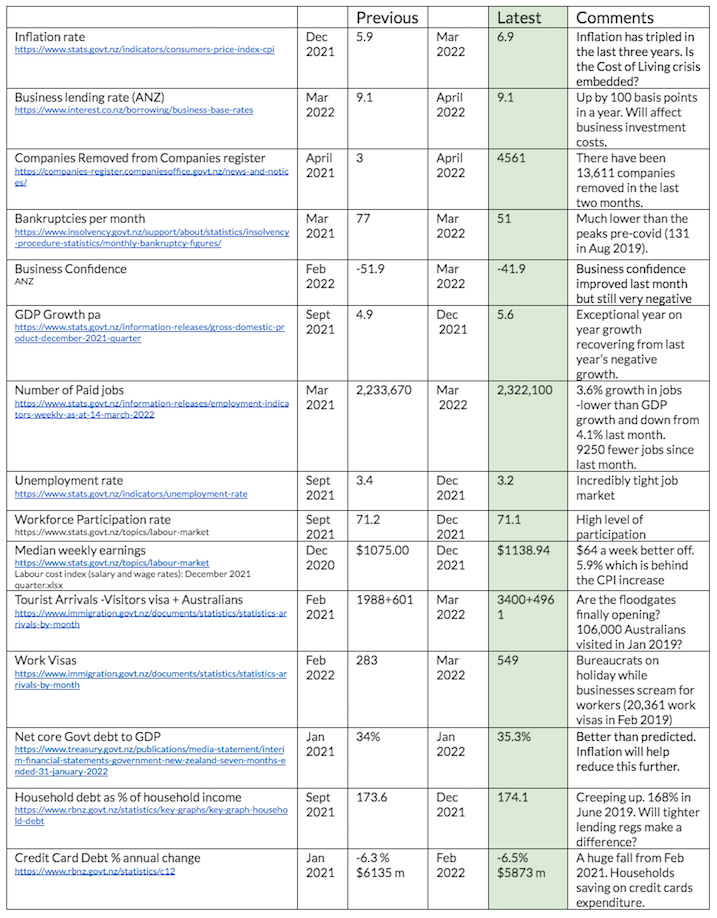